You know, when I first started this thingy I had a clear goal. Over time that goal has become a lot more cloudy. In the end I'm not exactly sure what this place is anymore. Which subsequently leaves me a bit confused on what kind of stuff I should be putting on here. Of course this has the effect of having me just not putting anything up here. You can see the progression when you look for it. Basically everything continually combines and recombines three things: Journal - Comics - Essay. As you can see more recently Comics have dropped out of the mix and things have mostly been little essays, but then also some journaly essays as well. Which was actually a nice change of pace. In the past I felt that if I wanted to do something I had to do it all myself, but now I think it would be interesting to work more on the writing side and let someone else handle the visuals.

I've had some bigger project I gave a try, but it didn't work out. I was going to make a wee little photocopy book based of those Color Phrases things, but it turned out I wouldn't be able to do it in a way that I wanted to do it. It really wasn't the kind of thing I really wanted to have to settle for. I'm sure some scattered pages from the project will surface on the site eventually.

Recently I've been working on a story. One of my goals for the year was to make a longer form comic. However, after working on it I feel I've created some really interesting characters and pretty decent story. So I'm not yet sure if I actually want to draw it. My drawing abilities really aren't up to par to do it justice. I may give it a try anyway, but I may just write out a script or do it story form and call it good. Don't expect anything of that too soon though.

In better news I've started going through my sketchbook and finishing up all the drawings I started and then never finished. In the very near future (next couple of days) you can expect those to pop up. It is a fairly motley crew of drawings, but it should be interesting and at the very least it will breakup the recent lack of drawings.

And that is how things stand with the site and me in general. If you have any suggestions, comments, requests, things you'd like to see more off, things you hate, things you'd like to see tried, etc. you are encouraged, like always, to tell me. Comments, emails, with your mouth, whatever format you want. Even if I don't do what you suggest I still catalog what people have said in the back of my mind and tend to use it later on later projects, so having suppliers to help fuel the creation of stuff is always appreciated.
Posted by J-Sea at 5:10 PM 4 comments:

A picture was just drawn of me by my friend Megan to test if she had suddenly developed extraordinary drawing skills since the last time she tried. 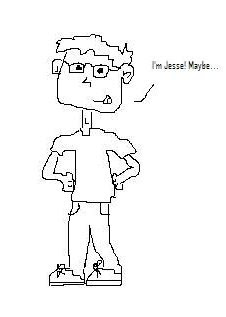 Clearly she has and I suspect if she repeats this test multiple times the results will be the same. Each better than the last.
Posted by J-Sea at 5:44 AM No comments:

You Knew How This Was Going to End

Long story short. A friend asked me to try and create a poem for them using M,R,K,R,W,N,A,S,P,J,R,B,M,D as the letters for the first lines and in that order. So, I figured I'd give it a try.

My, your faces I should remember,
Rosy eyes that spark like embers.
Kind smiles have left their marks across your faces.

Read between those gentle lines,
Wherein your nature defines these signs,
Nurtured in all those loving embraces.

And there I am upon your knees,
Supported by your arms around me.
Promptly then my mind lifts the suspense.

Just like that it all comes clear,
Remembering these faces I hold so dear.
Bound together by this love immense.

May these faces never part,
Defined they are upon my heart.
Took me a while, but I'm kind of proud of it. A little more epic than my usual simple fare. Thus, beaming with childlike pride, I send it to them. To which I get the response "It's nice! and I'm glad it was fun to write." Which I must say was a little disheartening. After all an "It's Nice" followed by a subject shift away from the quality of the item is a tactic parents use when their child presents them with a lame gift...like an clay ashtray...or macaroni tie. Balancing that fine line between making something and dealing with what happens when you put it out there is not one of my strong suits. However, perhaps that is just my lack of experience doing so talking. I should put more stuff out there to build up a resistance.
Posted by J-Sea at 1:46 AM 2 comments:

I have just figured out how to get pictures off of my phone. It turns out it is much more of a process than I had thought it would be. It also turns out I have some strange stuff on there. For instance I think these are some sort of knee pads: 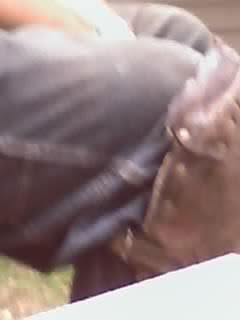 Why on earth did I take a picture of that? Answer: No idea. However, what is clear is why I took a picture of a Liz Ruckdeschel book. 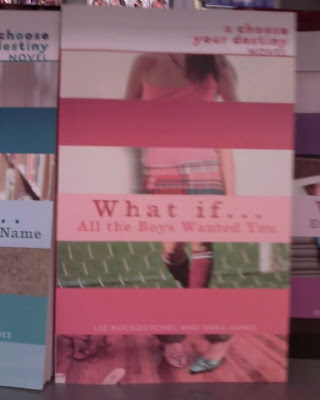 Good to see that the kids these days are still reading high quality literature. Raising such intriguing questions as "what if all the boys wanted me?". Although to be fair in my childhood I spent a large amount of time reading books that answered such questions as "what if a group of kids were given the ability to turn into animals in order to fight aliens?", so someone could argue neither is really any better than the other. They would, however, be wrong. An amazon search tells me this is a choose-your-own-adventure book...also the library has it...I just might have to read it and find out.

My final picture is by far the greatest. It can be found in the storage closet at the theater where I work. 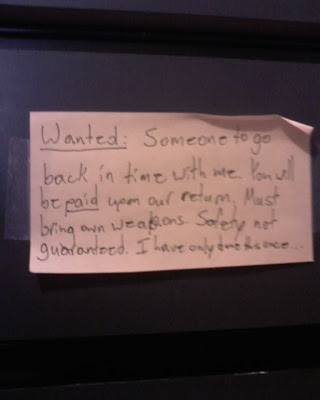 It is wonderful on so many levels...and I love it.
Posted by J-Sea at 1:12 AM No comments:

By All Rights These Shouldn't Work