Why? Because they crack me up, that’s why! I’m pretty sure I’m the only one they’re cracking up, but sometimes you gotta make stupid gifts for yourself, ya know? 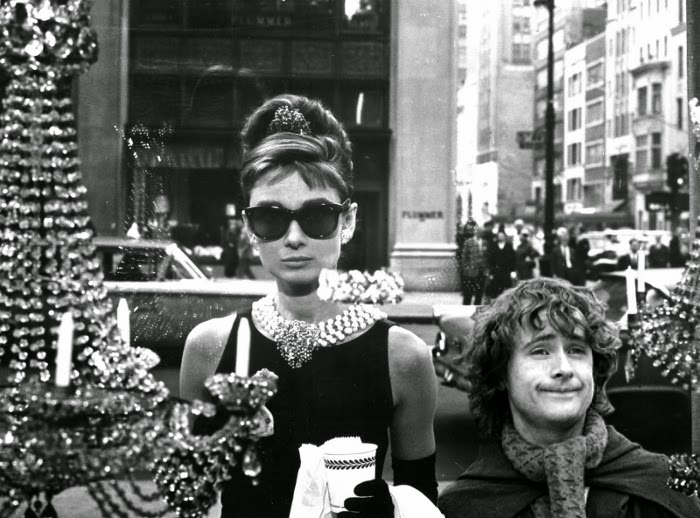 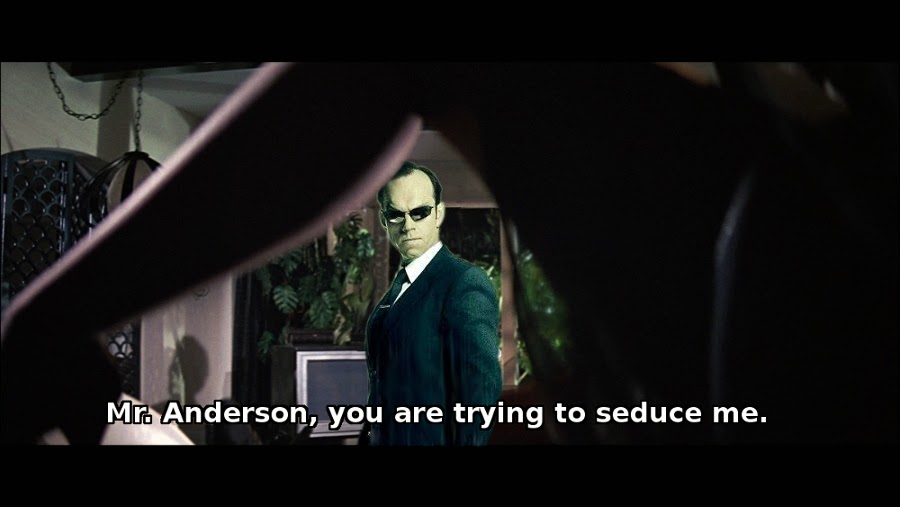 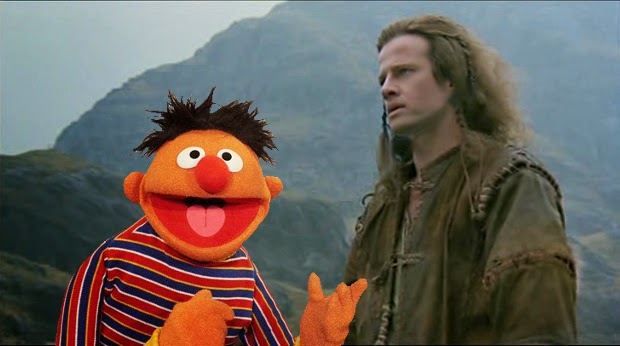 Christopher Lambert and Ernie
Posted by J-Sea at 6:01 AM No comments:

The Secret History of Wonder Woman

A look at the history of Wonder Woman, her origins, and her impact.


Comic books are often under fire for their sexist practices (and rightly so), but it’s so intriguing to read about how Wonder Woman was created to battle that trend. Especially in the many ways she both succeeded and failed to bring about change.

However, the book is not so much a history of Wonder Woman as it is a history of William Marston, the man who created her. And rightly so, because this allowed the author to show just how much of his life experiences were put into those comics.

For instance, Wonder Woman’s iconic bracelets were modeled on the bracelets one of his lovers always wore. The lasso of truth? That stemmed from his work as the inventor of the lie detector.

Marston is certainly an interesting subject for examination. He somehow managed to be both very progressive and an utter hypocrite at the same time. And the book does a great job at showing both his virtues and his faults.


“In the press release [‘Noted Psychologist Revealed as Author’], Marston explained that Wonder Woman was meant as an allegory: ‘Like her male prototype, “Superman,” “Wonder Woman” is gifted with tremendous physical strength—but unlike Superman she can be injured.’ Marston went on, ‘“Wonder Woman” has bracelets welded on her wrists; with these she can repulse bullets. But if she lets any man weld chains on these bracelets, she loses her power. But it she lets any man weld chain on those bracelets, she loses her power. This, says Dr. Marston, is what happens to all women when they submit to a man’s domination.’ Wonder Woman was a form of feminist propaganda, Marston insisted: ‘“Wonder Woman” was conceived by Dr. Marston to set up a standard among children and young people of strong, free, courageous womanhood; and to combat the idea that women are inferior to men, and to inspire girls to self-confidence and achievement in athletics, occupations and professions monopolized by men.’ She wasn’t meant to be a superwoman; she was meant to be an everywoman.”


Legend of Korra:
The Art of the Animated Series
Book Two


A collection of production artwork, interviews, character designs and other backstage goodies from the second season of Legend of Korra.


What is there to say? I love the Avatar series and I love looking at concept sketches / background paintings / the evolution of character designs / behind-the-scenes stories about cartoon production. So OBVIOUSLY I thoroughly enjoyed this book.


“To this day I get asked if I based Aang’s design on Mike and his perfectly round, smooth bald head. So when it came time to design the first Avatar, the joke was that I was going to base him on me: scrawny, lanky, with a narrow triangular head. I never had hair as cool as Wan’s, but hey, it’s a fantasy.”


by. Patrick Ness
inspired by an idea by. Siobhan Dowd
illustrated by. Jim Kay


A young boy accidentally calls forth an ancient monster when his mother’s cancer takes a turn for the worst.


One of the most (if not the most) beautifully poignant books about death you’ll ever read.


“Conor looked up to his bedroom window, frowning again. ‘So the good prince was a murderer and the evil queen wasn’t a witch after all. Is that supposed to be the lesson of all this? That I should be nice to her?"

He heard a strange rumbling, different from before, and it took him a minute to realize the monster was laughing.

It laughed louder and louder again, until the ground was shaking and it felt like the sky itself might tumble down.”

The story of Bruce Wayne’s first year as the Batman.


There is a lot of really great material in this book.


“Ladies. Gentlemen. You have eaten well.

Your feast is nearly over.

From this moment on...


This one is definitely the weakest of the Avatar comics. However, I’ve gotta admit that the last third really brought the story home. It deals with a lot of really interesting questions regarding whether or not humans can peacefully coexist with nature. Not to mention pointing out the Avatar’s bias towards humanity.

“‘My agreement with your predecessor only staved off the inevitable. There is no longer a place for spirits in this world.’

‘No! Don’t you get it? That’s why I’m here! It’s my job to maintain balance between the spirits and the humans!’

‘You repeat those words over and over like a mantra, but you are only fooling yourself.

Whenever the border between our two worlds grows into a rift, the avatar will always side with the humans.


A collection of essays about how our culture’s ideas about such things as rape, pornography, and prostitution are not only harmful, but also evidence of the systematic oppression of women.


I heard abut this one from Emily Horne’s 2014 booklist and was intrigued.

(As some of you already know, Emily Horne is half of the duo behind A Softer World, and it was her booklists that inspired me to start my own.)

I’m really glad I gave it a shot, because it turned out to be extremely thought provoking and has really changed the way I think about some of these issues.


“What women have endured is not only the history of men, but also their own specific oppression. Extraordinarily violent. Hence this simple suggestion: you can all go and get fucked, with your condescension toward us, your ridiculous shows of group strength, of limited protection, and your manipulative whining about how hard it is to be a guy around emancipated women. What is really hard is actually to be a woman and to have to listen to your shit.”


The Ballad of Mulan


The story of a woman who masquerades as a man in order to take her ailing father’s place in an army draft.


I’m a fan of the Disney adaptation, so it seemed only right that I see what the original story was like. As the title suggests the original story is actually a ballad and is thus quite short. But it’s an enjoyable story. A nice thing about the original tale is that—unlike the movie—in the ballad people don’t really care all that much when it turns out that Mulan is a woman. They’re just all like, “What? Really? How did we not notice that? Oh well.”


“By nightfall she was camped by the bank of the Yellow River.
She thought she heard her mother calling her name,
but it was only the sound of the river crying.”