Countdown to the End

Back in September my aunt was laid off from the job she's had  for quite some time. For some reason or another during her last days there she sent me the following text:

"hey! request: I need count down numbers from 10 through 1 for my last 2 weeks of work. starting Monday. Would you do this for me? quirky, fun, illustrations, whimsical, silly or whatever...a mixture of all and anything"

I've been pretty busy working 3 jobs and I don't have a lot of free time, but seeing as how she was losing the job she's had for so long, I couldn't really say no.

After bouncing around some ideas I kind of landed on a rather odd line: "as Death said Ten." I played around with the idea a bit until it led me to the final concept: each number would have a little rhyme ending in Death counting down, and the illustration of the rhyme would depict the shape of the number. I wasn't really sure I should take such a morbid view, but I figured while the character of Death might be a bit depressing, at least true to the moment. Things were ending, changing, and nothing depicts change and endings quite like Death.

I'm really not sure why, but I somehow managed to take a rather basic task and making it so much more complicated by adding a writing element, a design element, and an illustrative element...sometimes I think I must really hate myself, because why else would I do these things to myself?

Regardless, here's the countdown: 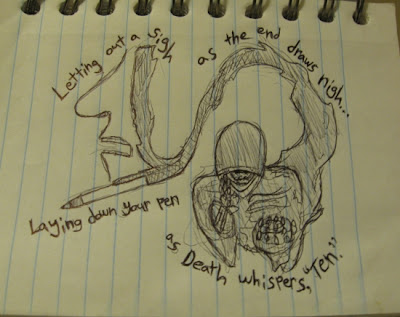 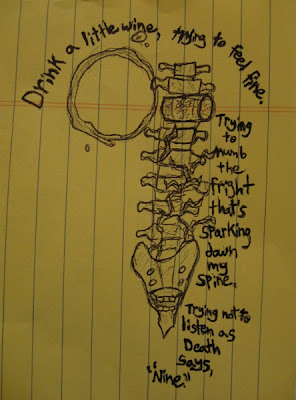 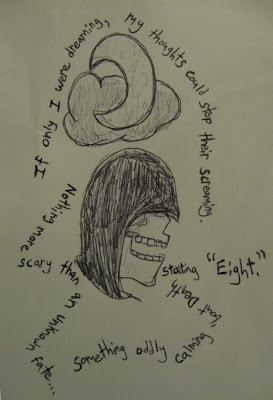 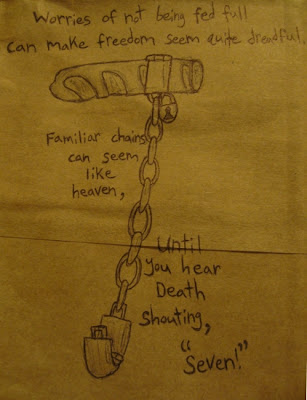 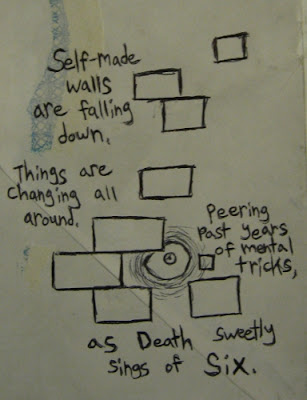 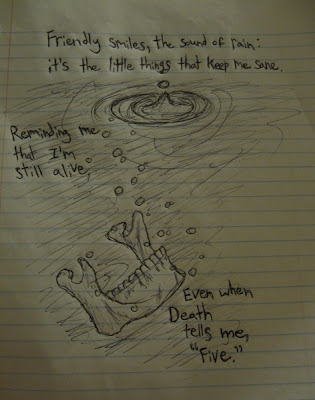 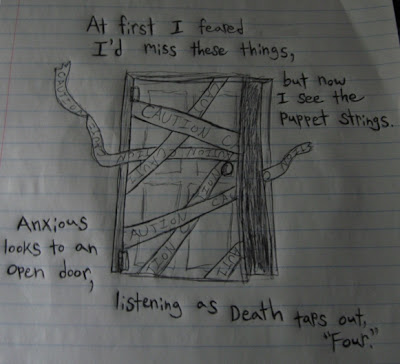 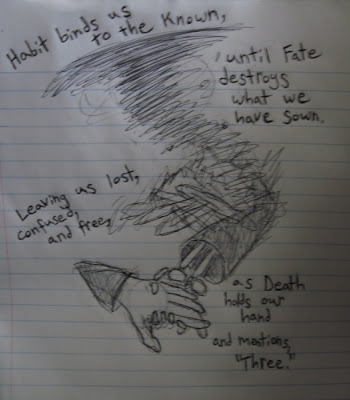 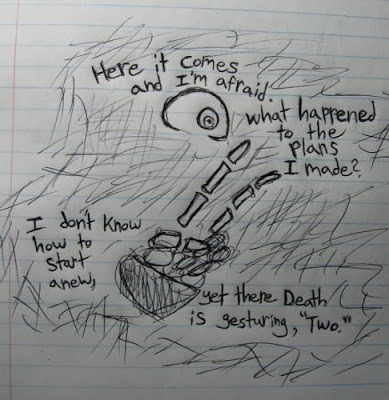 It was at this point that my aunt mentioned that they had let her leave a couple days early and thus what I was doing was no longer a countdown. And since it was no longer a countdown I immediately lost the fuel of urgency that had propelled me to make the rest. Before I might have wanted to read a book or watch a show, but I instead used my time to make these because they felt like they mattered. No to mention that there's nothing like a time limit to force you to push something out. But once I lost that aspect, then instead of completing them for my aunt, I would just be completing them for the novelty of a complete set. And, sadly, it probably says something about my character that I quit the project. But those are the breaks. I really don't have much free time these days and I generally need to use what time I do have to prevent myself from going crazy.

I am disappointed to leave it uncompleted, but without that original drive the ending notes just wouldn't be fitting.
Posted by J-Sea at 11:57 PM