Hey! More timecards! You think it'd be easy to remember to take pictures of these stupid things, but you would be wrong! In fact I'm quite awful at remembering to do it. It seems that from June-December I have forgotten to take pictures of 2 of them.

Well, technically I've forgotten to take pictures of 5 of them:
Apparently I'm just rather forgetful. I really should just start carrying my camera with me wherever I go. Anyways, I think I'll provide you with some commentary on these so as to make myself feel better for failing to capture the complete set.


June 06 - Usually I base the letters around some common idea. In this case I was trying to come up with letters that seemed like they could be symbols or foreign glyphs. 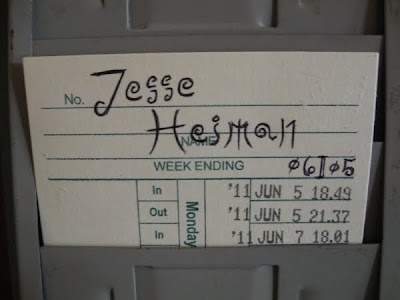 June 16 - The idea behind this one was that I wanted to write it as small as I could. However, I ended up messing up right off the bat. It failed to be as small I could write it and ended up looking odd, mismatched, and stupid. 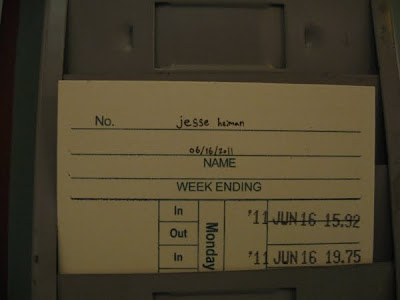 June 30 - As you can tell the idea with this one was a Connect-the-Dots signature. I love the concept, but I'm disappointed with the quality of my lines. They look rather thin and shaky and it takes a lot away from what would have otherwise been a favorite of mine. I think I was going to go over them again to make them look better, but didn't have the time.

This is the one I nearly forgot to get a picture of and ended up calling a coworker to have him snag a picture for me.

This one also brings up a common problem of mine: the H. I cannot tell you how often I get hung up on the H's. Because a capital cursive H isn't written with a continuous pen stroke and that fact often rears it's ugly head. It was a bit of a challenge to figure out how to do it without just giving a couple dots multiple numbers. 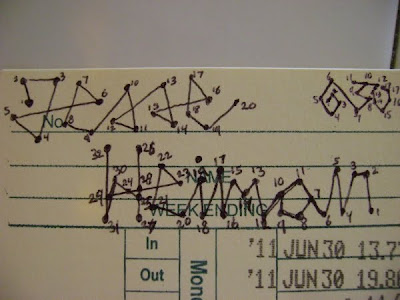 July 16 - This one kind of ended up as a stroke guide to letters, but it really wasn't meant to be. I was just trying to use arrows to make letters. This intent explains why you might notice that the way the arrows have you do some letters wouldn't be very natural at all. 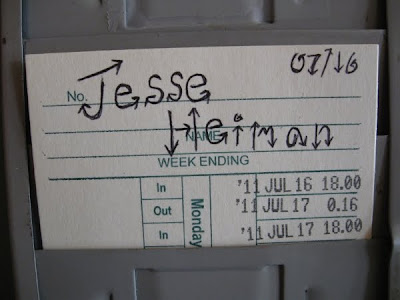 August 5 - Yeah...I just wanted to do one in crayon. Little kid style. Sadly I forgot my camera and thus had to end up taking this picture with my phone. I hate when I have to do that though because the picture is never very crisp and the colors always get muted. 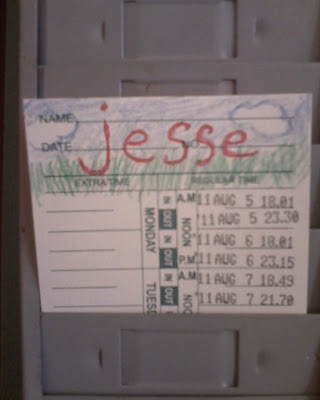 August 16 - I guess the idea behind this was outlined letters that form a single contiguous piece. But really it just stemmed out of a doodle I had been doing absent-mindedly one day. 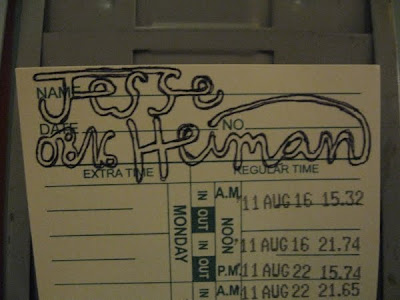 September 1 - Admittedly, I always feel a little cheap when I do one like this. Why? Because I really didn't do anything fancy with the actual letters. The interesting part is only really coming from the style of the placement and setting. But in the end I really don't care as long as it ends up looking cool. 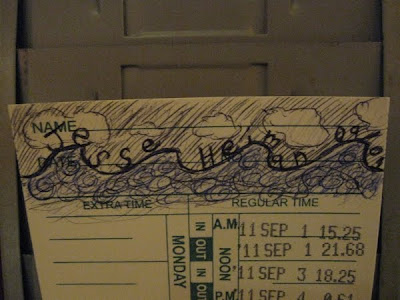 October 1 - I decided to do Halloween themed ones in October. This one was supposed to be a Jack-o-Lantern carving of sorts. So I tried to use the letters to create that usual sort of evil Jack-o-Lantern grin. The observant eye will notice that I forgot how to spell my own name in this one and forgot the second E in Jesse.

You will also notice this picture is a camera picture and thus looks kind of muted and shitty. 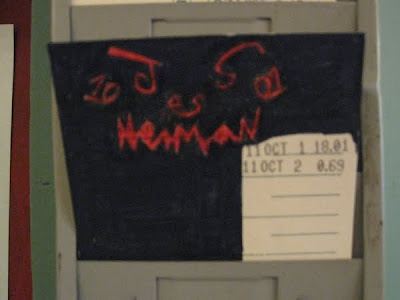 October 19 - The Halloween theme continues. This time I was trying to use creepy images that were symbolic of letters. Overall I quite like how it turned out, although I am slightly bothered that that snail ended up seeming rather out of place to me. It just looks it isn't quite connected to the others or something. It also seems a little too happy... 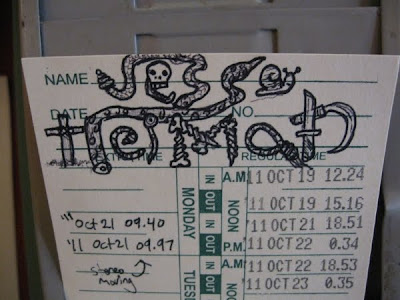 November 4 - Months back my coworker Max had said I should do one with Tetris pieces. I had briefly considered it, but ended up putting it on the back burner. It starts out so easy and the "Jesse" just writes itself. I could have just left it at that, but I was dead set on figuring out how to do my last name as well. As you can guess, some letters provided a significant challenge. Namely A & N. 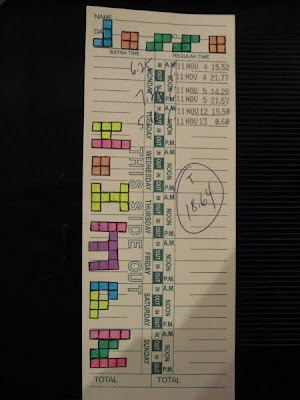 December 2 - I've started exploring the side margins a little bit. This is actually the one I wasn't able to finish. I wasn't thinking and ended up trying to do a time intensive one during a time of the month when I actually end up having a lot of actual work to do. Thus I ended up with only the top part finished and the rest of it only had my rough ideas sketched in.

I was just going to write it off, but my coworker Max ended up taking it upon himself to finish it and was even kind enough to take a picture. I like that there's a record of it now, but I'm still a little mad at myself for not being able to finish it personally as there was a couple of little things I would've liked to fix up. 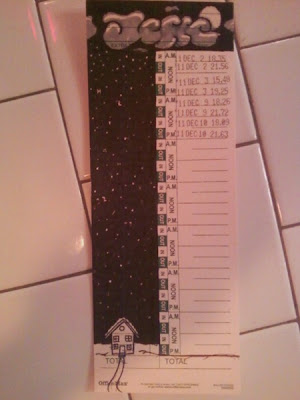 December 16 - As you can tell, like October, I made December a bit of a themed month. I had a much more complicated idea in the works, but then I realized that it wouldn't come up looking like what I was going for and then this idea popped into my head so I decided to just go with it. I quite like it.

Once again the cursive H rears its ugly head and requires me to try and attempt a work around. 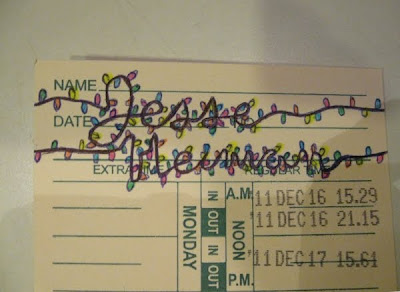