When the children of an elementary school are turned into murderous cannibals by a batch of bad chicken nuggets, the teachers must band together against them in order to survive.

Should I Watch it?


A zombie-comedy where teachers have to fight off zombie kids? I was kind of shocked I had never heard about this one before. Just look at the cast: Elijah Wood, Alison Pill, Rainn Wilson, Jack McBrayer, Nasim Predrad, Peter Kwang.

I so badly wanted to enjoy it, but it turns out this movie is not very good. The humor is composed almost entirely of the same idiotic stereotypes and cheap jokes that we’ve all seen a million times before. How they managed to take such an original premise and make such a trite product out of it is beyond me.

But instead of talking about the shitshow that was this movie’s hackneyed writing,...let’s not!

Anyways, the question at hand isn’t whether or not the movie is “Good” (it’s not), but whether or not it’s worth watching. And...no. It probably isn’t. There are a few good moments, but overall it is a subtly unfortunate and underwhelming experience.


P.S. There are more children of color in the background posters of this one screenshot than there are in the entirety of this school. 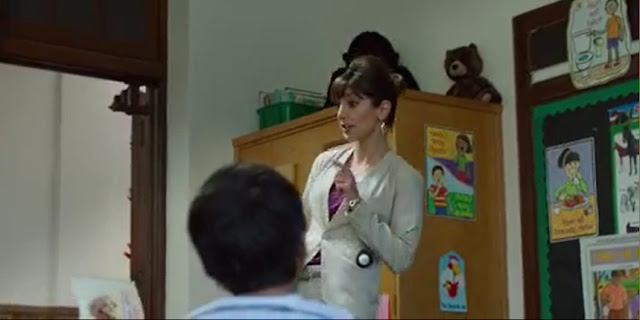